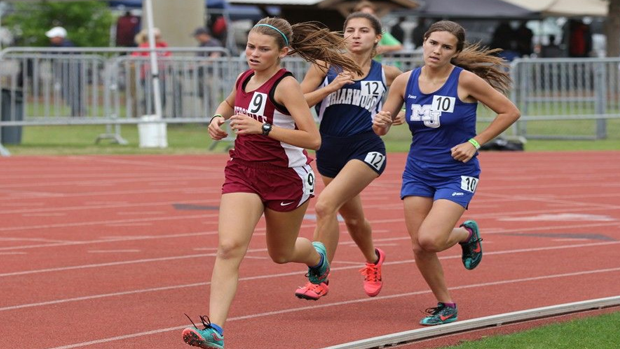 Bradley Herbert competes in her last race before a spinal injury sidelined her athletic career. (Photo by Tim Loreman)

There is a defining moment in every athlete's life when they realize all they want is to be immersed in their sport.

For Bradley Herbert, a Guntersville sophomore and a top 10 distance runner in outdoor track for 5A, that happened the day she watched her teammates training on the school's track. There is nothing more she wants than to be there with them, but a spinal cord injury received in July has sidelined her.

While a return is promising, it has been a slow process.

"I just got cleared on (March 6) to run a mile or two slowly," the 16-year-old said. "This is a huge accomplishment to just be running.

A runner since seventh grade, Herbert also played volleyball her seventh and eighth-grade years, but walked away from the court her freshman year to focus on cross country.

"We can't make the track season," she said of this spring. "I'm looking at the cross country season and am ready to get out there and give it all I've got."

The injury, said her father Chris Herbert, which resulted in pain and mobility issues, happened during a summer training workout. 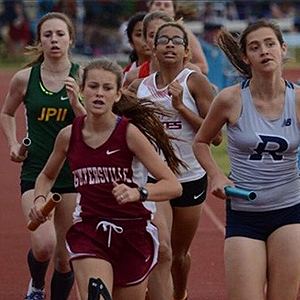 "She ruptured her disc," he said. "After that ... it has been such a long road. We thought a lot of rest would help it get better, and thought we'd pull her off the running for a little while."

Since that time, there have been MRIs, chiropractor visits, a spine block (epidural) to reduce inflammation in the nerve and another to knock out feeling in the nerve.

"We did that, and she had zero results," Herbert said. "Unbelievable. We're putting this little girl through it and we're like, 'Holy cow.'"

The back of her leg was completely numb and the pain, he said, was excruciating.

"It's like you're being stabbed in the leg a little bit," Bradley Herbert said. "There were days I didn't like walking a lot. I had to take about three Advil a day for about a month."

Her absence on the team has been felt, said Herbert's coach, Chris Bashaw.

"This year, we could really see a difference in the way the team reacted and performed," he said. "She's one that is very vocal and tries to push everybody to do their best. Not having her out there has really been something that we as coaches have noticed we're missing.

"Talking with her dad, I believe the goal right now is to get her back for cross country season."

Chris Herbert knows when his daughter puts on a Guntersville uniform again, "all that's going to matter is the gift of running. Lord, I don't care what her times are. I just want to see my daughter run again. They need to enjoy the gift of running, but not let it become your identity. Then if something happens, there's often nothing to fall back on."

He describes his daughter as a "strong child of faith. Her world was rocked that day. I have wondered if this was God saying, 'Slow down.'"

Since seventh grade, Bradley Herbert has wanted to run for a Division I college.

"Scouts will be looking," she said of her upcoming junior year. "That has always been a goal of mine, to get a scholarship and be able to help my parents with everything they've done for me.

This injury, she said, has helped her grow, and "to not take the gift for granted. You're never promised tomorrow in your sport, or in your life, so you just put it all on the line."