The 2021 AHSAA Cross Country Championship is finally in the book. It was a cold and foggy morning in Oakville, but the performances were unforgettable. 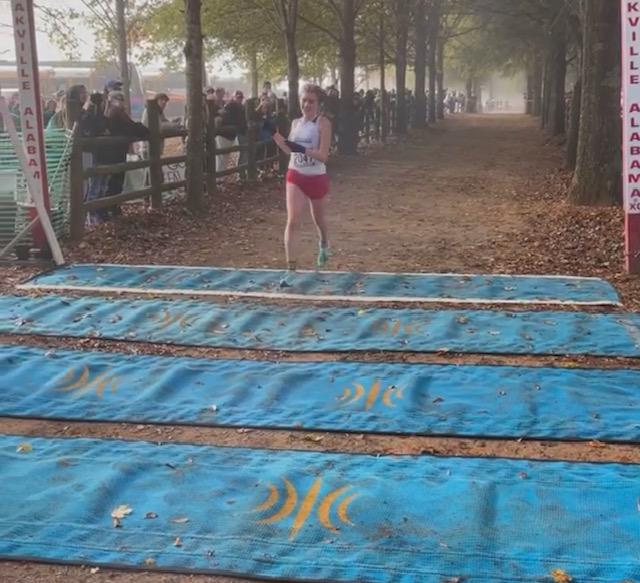 The first race of the day started with a bang as Vestavia Hills' and Alabama's commit, Crawford West, ran a stunning time of 17:06.33. The time was West's new personal best. It was also the second time West won the 7A Girls Individual State title. She also won the individual title back in 2019.

While West, McIntosh, and Cobb finished top three, their teams (West running for Vestavia Hills and McIntosh and Cobb running for Huntsville High), were not able to win the overall 7A Girls team title. Auburn High was able to secure the 7A Girls Championship as four out of their top five runners finished inside the top 20. No other teams had more than three except Vestavia Hills who finished second with a team score of 80.

In 6A Boys, Miles Brush of Chelsea, won his second straight individual 6A Boys State title with a time of 15:32.43. Brush was the favorite coming into the 6A Boys Race and all he did was exceed expectations.

Evan Hill of Scottsboro High finished second behind Brush with a time of 15:32.43. Hill's team, Scottsboro, was able to secure the overall 6A Boys' title with a team score of 47.

Mountain Brook was the 6A Boys' Runner-Up with a team score of 79.

In Girls 3A, Providence Christian's Millicent Talmadge was able to grab the victory with a time of 19:08.09. Talmadge knew she had a chance to come in first and she did just that. "Our team is trying to win state," she stated, "and I needed to help them in any way possible."

With Talmadge and Patterson finishing first and third, they helped make it easy for Providence Christian to win the 3A Girls Overall team title with 39 team points. Houston Academy was the 3A Girls' team runner-up with 60 team points.

7A Boys was a close battle throughout the whole race, but Huntsville's Will Pinson was able to get the upper hand on St Paul's Mac Conwell, down the final stretch to secure the Individual title. Pinson ran a time of 15:13.61 and Conwell finished behind him at 15.22.25. Conwell's teammate, Stone Smith was third and the Hewitt-Trussville Duo of Mitchell Phillips and Tristan Teer finished fourth and sixth.

Huntsville High was able to beat out runner-up, St. Paul's Episcopal, and Hoover to take the overall 7A Boys' title. Their final team score was 54. 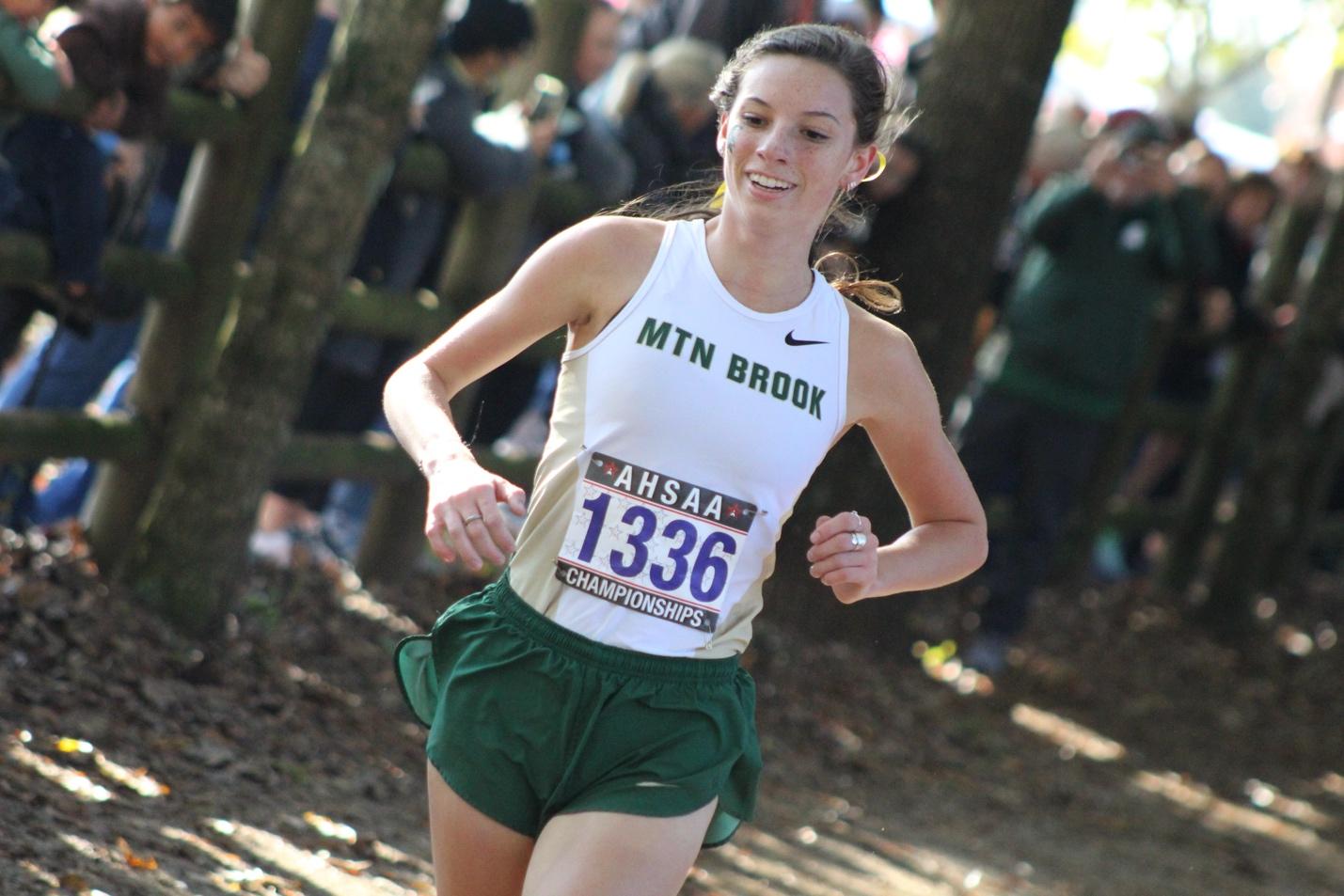 The 6A Girls' race was next as Mountain Brook claimed the first two spots. Reagan Riley ran away with the victory as she finished with a time of 17:39.62. Her teammate, Clark Stewart, wasn't too far behind as she came through the line at 18:13.50. Mountain Brook Girls would continue their success as their top five runners finish inside the top nine. Their final team score was 26. Homewood High earned the 6A Girls Runner-Up trophy beating Scottsboro with a score of 104. (Scottsboro finished with 131 team points.)

While the Providence Christian Girls took home the 3A Girls State Title, the boys weren't about to be outdone. Connor Patterson took home the first-place honor with a time of 16:04.48.

Providence Christian's boys finished with a team score of 50 which was enough for them to secure the overall 3A Boys State title. They would complete the sweep as they took home both Boys and Girls first place titles. 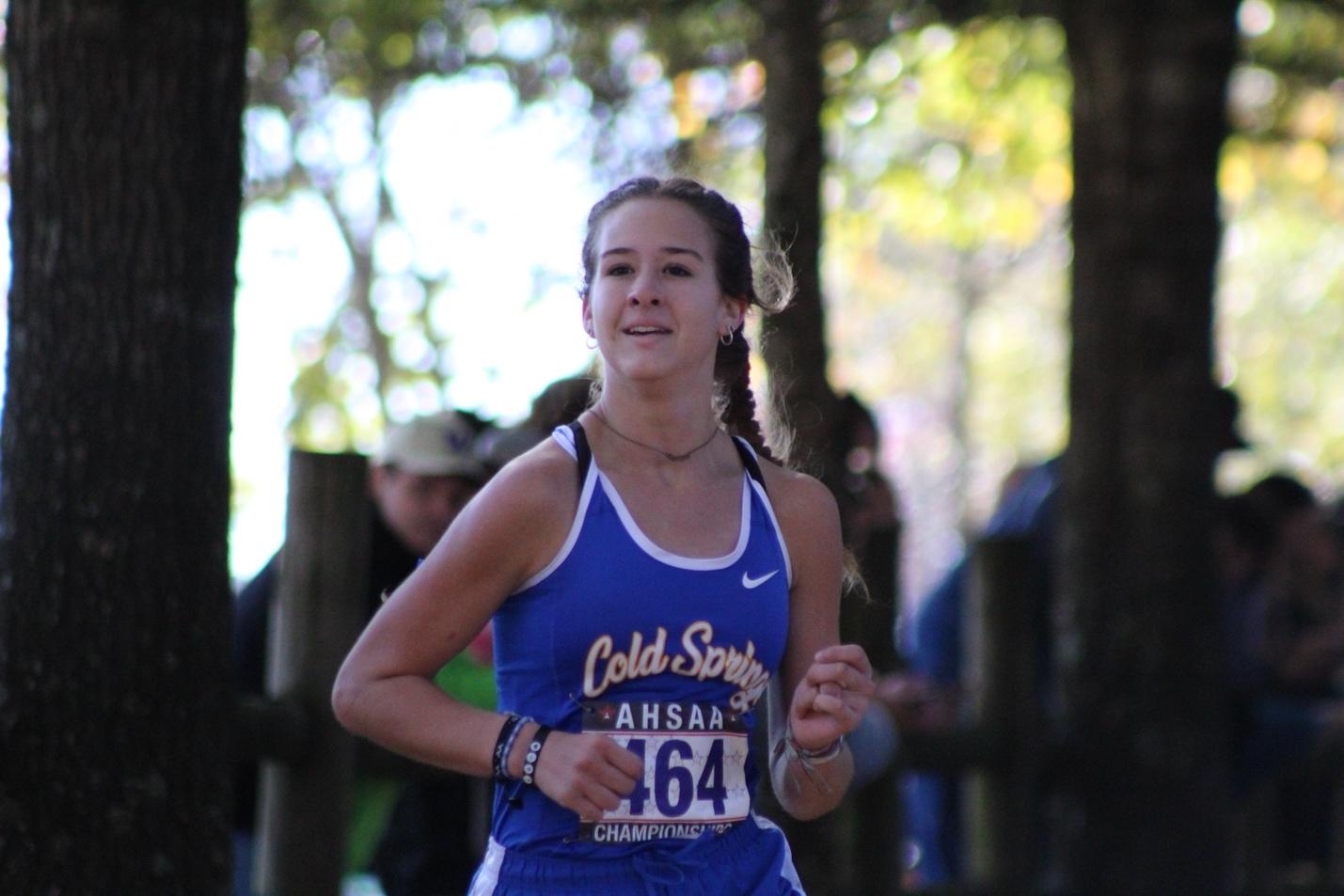 Girls 1A-2A saw Cold Springs' Reagan Parris hold off her teammates, Macie Huffstutler, and Paizley Whitlow as they grabbed the top three spots. Parris held a winning time of 19:51.85. When speaking with Parris, all she wanted was for her teammates to dominate and do their best and they did just that as they took home the overall team title with a team score of 61. Bayshore Christian was the 1A-2A Girls' runner-up with a team score of 106. 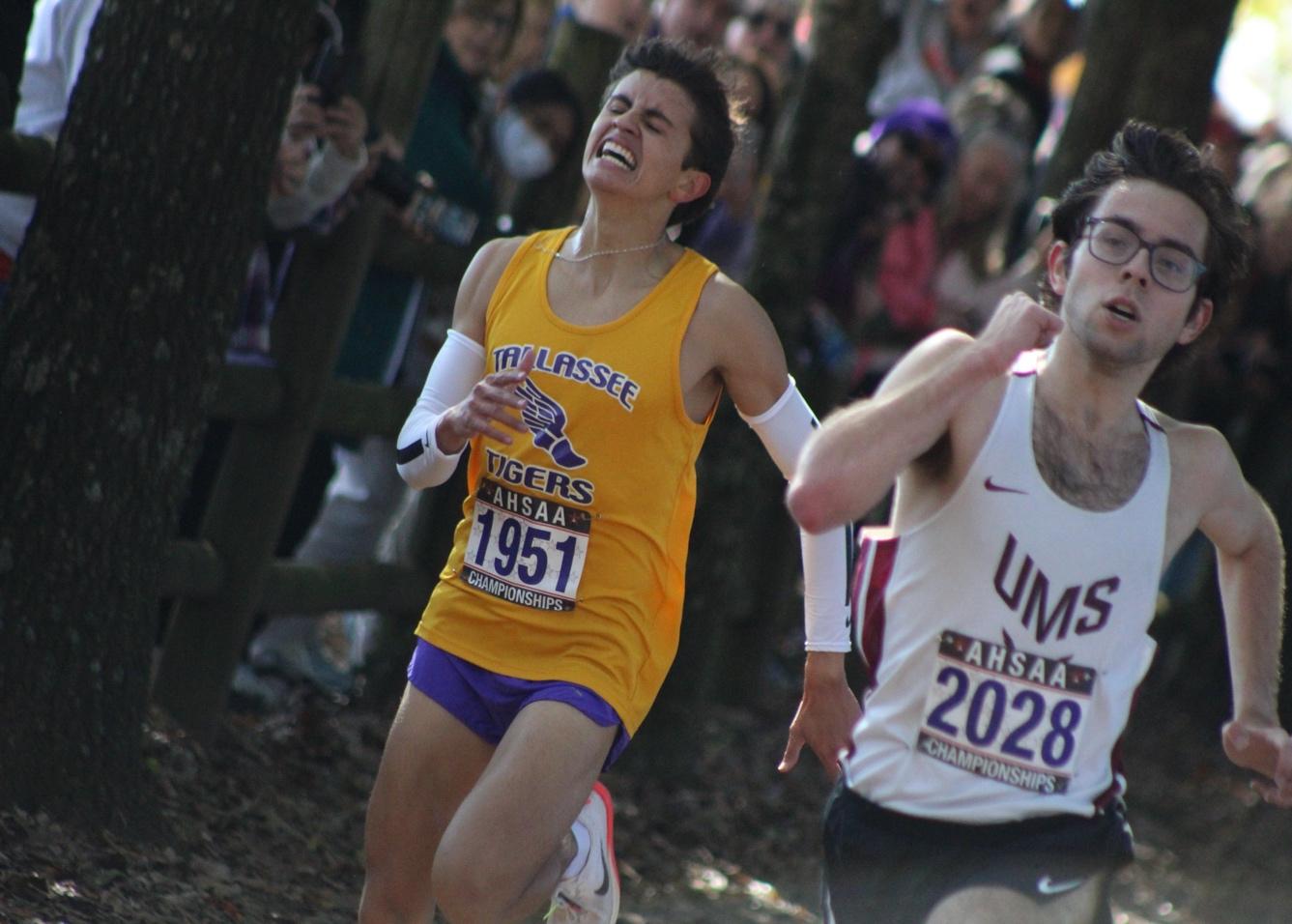 5A Boys was next as it was an extremely close battle all the way to the line. UMS Wright's, Joseph Perry was able to hold off a surging Woodrow Dean from Tallassee High at the line to win the 5A Boys Individual title. Perry finished with a time of 15:20.51 while Dean finished second with a time of 15:20.84. Perry's brother and teammate, Charles Perry, finished third with a time of 15:55.21. When speaking with Joseph Perry and Woodrow Dean, the two had a great amount of respect for each other. Dean was able to beat Perry earlier in the season and now they are 1-1 in head-to-head races. UMS Wright would end up finishing second in the team points behind Saint John Paul with 78 points.

4A Girls saw Annie Midyett from Bayside Academy finish first with a time of 18:59.35. She was able to hold off White Plains' Maddyn Conn, who finished right behind her at 18:59.89. When Midyett realized that she won the championship ride, she broke down into tears of enjoyment and excitement.

1A-2A Boys saw Ethan Edgeworth get out to a lead and hold on to it as he finished with a time of 15:53.67. No one was close to Edgeworth as the next fastest time was 16:58.25 by Orange Beach's, Xander McLaughlin. Bayshore Christian School was able to steal the title away from Cold Springs winning with a team score of 61.

Lawrence County's Savannah Williams and Katie Mae Coan finished first and second in the 5A Girls Championship race as Lawrence County ran away with the team title. When asked how they feel about not only finishing first and second in the individual race, but also how they feel about winning the state title as a team, Williams and Coan said "it will be great. We work so hard. It will be awesome."

4A Boys was the last race on the course and it was Joe Stevens of Ashville who took home first place with a time of 16:23.88. Bayside Academy won the 4A Boys Team title with a score of 73.