Your Average Matters More than Your PR. 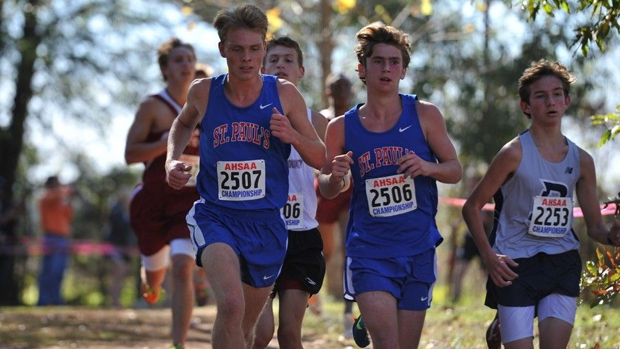 "If you're going to run like that, don't bother telling me when your races are."

The words came out smooth and even and hard as a rock. And as we watched them hit his son, our friend and teammate, and one of the most generous-hearted individuals we have ever known, no one breathed. Our friend had given all he had in the semi-finals of a conference meet. His heat was stacked: only three could advance to the finals, and at least five of the runners in it were considered contenders to watch not only in the conference but also regionally and nationally. So he went out hard, gave all he had, and got locked up with lactic acid in the finish. It was a brave race. It was also seconds slower than his personal best - an eternity in an 800m run. But what he did took every bit as much courage as it would for him to have to won.

Not everyone has an external critic harassing them about performances that don't match up to or exceed their best-ever marks. But a lot of us do have an internal voice that sounds just about as irrational as my friend's father did that day.

This internal voice has all the visual acuity ofMr. Magoo: it sees only outlines, edges; it sees only about 20% of what matters. Think about all your performances as coming together to form abell curve, with your personal best at one end of the bell, and your most elementary performance - call it your personal worst if you like, but it's probably more of a baseline effort - at the other, and the much larger region in between stacked up into the bell. So the high point of the bell is not your "best ever" but your most-of-the-time- in other words, average performance,youraverage performance, the mean of all your prior performances. The high point of the bell is the kind of performance you turn in most often. But if somewhere in your mind is a little irrational internal voice talking at you every now and again, you may notice that it has a tendency to only process the outermost left and right sides of the bell, categorizing performances in terms of best and worst. The effect? You end up overlooking the importance of the everyday.

Take, for instance, any collegiate runner racing 800m or longer on the track. Every year, this athlete must compete three seasons: cross country, indoor, and outdoor track. And when one of those seasons gets challenging, it's not uncommon to hear a runner say, "Well, I'm not really a cross country runner. I am really much more of a track person." Or in more general terms, "What you see here is not my best. I mean I'm trying my best, but the conditions are not in my favor, so you're getting me at my worst. Just remember that please, okay?"

Ever heard that before? The thing is, coming back to the runner, that the best of the best in the NCAA tend to kill it across multiple types of conditions, because they are looking for what they can get out of each and every day. They can do this because they have accepted that every day is not going to look like their rare shining moments in the sun - those moments that do represent their very best.

Consider the collegiate career of one of the best athletes you've probably never heard of,Leah O'Connor(Michigan State University, class of 2015 and now running professionally for adidas). This woman won national championships in cross country, indoor, and outdoor track, and even though she came to college as a miler. By her senior yearm she took home individual NCAA titles in the mile as well as the 3k steeplechase, the 5000m, and cross country 6k's. She went in to give the most she could, which is the way one must approach each race when running up to 6 events in a span of three days, as she did at conference championships. In these major meets, she didn't have the luxury of doggedly pursuing PRs. Her task for herself was to be the very best she could be in the circumstances - where the circumstances featured extremely fatigued legs.

Fine for her, someone might say. She got lucky. Good genes. But such explanations are far too simplistic, if not flat out wrong. This young woman was a walk on - redshirted her freshman year, committed to the process of improvement, leaving her senior year with a professional contract and a bucket of NCAA titles. She did not, we can say, focus on performance in terms of best and worst.

What athletes like Leah O'Connor demonstrate is how to put in many consistent performances that over time raise their average, so that eventually, theiraverage day(and the average day is more likely than not going to bring you plenty of fatigue and stress)is better than anyone else's best. (Go ahead and look up the results of the 2015 Big 10 Outdoor Conference Championship. See how many times you find O'Connor at #1. But then take a look at the years and seasons prior. See the progression that went into how she got there.) Athletes like O'Connor have figured out how to get their internal Mr. Magoo's some better glasses so that they can see the middle of their bell curve in high definition. Step by step, they keep pushing the big part of that bell over so that what was once the personal best is now, after seasons of work, their routine - their average. Instead of protecting themselves from vulnerable situations when they fear not being at their best, they say, "What can I get out of putting myself out there? How can I - or how did I -- use my chance to perform to face head on the physical, social, emotional challenges I'm facing? In this way, great athletes start to turn their focus to the effort of nudging that bell over.

Got questions about goal setting for the seasons ahead? Reach out:margaret@themindside.com

Margaret Smith, Ph.D. works with individual athletes and teams of all sports and all levels from elite youth to professional atThe MindSide Sport and Performance Psychologyin Birmingham. Before joining The MindSide, she both coached and competed in NCAA Division I Cross Country and Track at ACC and Big 10 schools. Now that she's in SEC country, you can reach this TarHeel born and bred at margaret@themindside.com or on Twitter@DrMargaretAS.