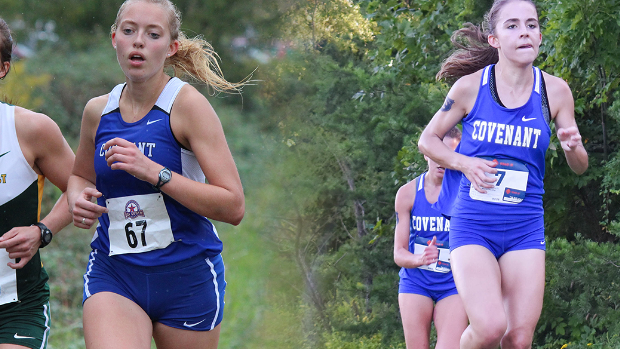 FAYETTEVILLE, N.C. -- For a second straight week Covenant women's cross country runners Lilly Smith and S.K. Lipperd have been honored with USA South weekly awards. Smith was named the conference's Runner of the Week, while Lipperd was the Rookie Runner of the Week, announced the league on Monday afternoon.

It is the seventh career runner of the week honor for Smith and is the second career rookie award for Lipperd.

Smith, a senior from Weaverville, N.C., won her second meet of the year and paced the Scots to a team title at the Huntingdon Invitational on Saturday. The senior finished the 6k in a time of 24:10 to finish first in a field of 22 runners. The win was her third career individual title.

Lipperd, a freshman from Birmingham, Ala., placed second for the second consecutive meet and helped Covenant to the team title at the Huntingdon Invitational. Making her collegiate debut in the 6k, Lipperd completed the course in a time of 24:37.

Smith and Lipperd helped the Scots to a second straight team title, the first time Covenant has won consecutive meets since accomplishing the feat in 2012.

Both Covenant teams will be back in competition on Saturday at the Furman Classic in Greenville, S.C. The women's 6k begins at 8:30 a.m., while the men's 8k follows at 9:15 a.m.