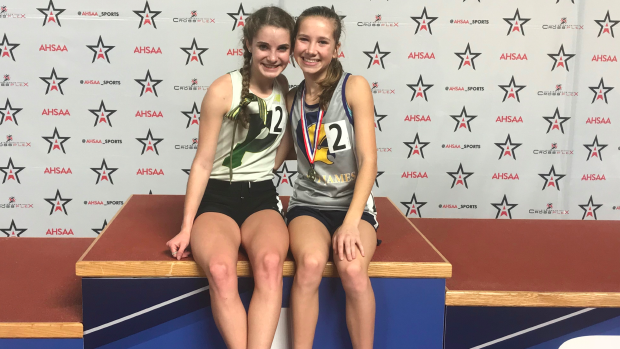 The first upset of the day in the 800m came in the form of Saint James freshman Presley Miles.  Miles was seeded 2nd behind Catholic Montgomery's Amaris Tyynismaa who was the favorite to win.  Miles ran the entire race just off Tyynismaa's shoulder and kicked with 200m to go instantly putting a 20m separation between herself and Amaris.  The race was tactically sound and is only the second time Miles has bested Tyynismaa - the first time was the 800m at the Outdoor State Championship.

The second 800m upset came in the 6A race as Katie Strozier bested 6A top seed Lainey Phelps.  Strozier took the lead in dramatic fashion with 100m to go and held on to win.  This is the first time Strozier has bested Phelps.