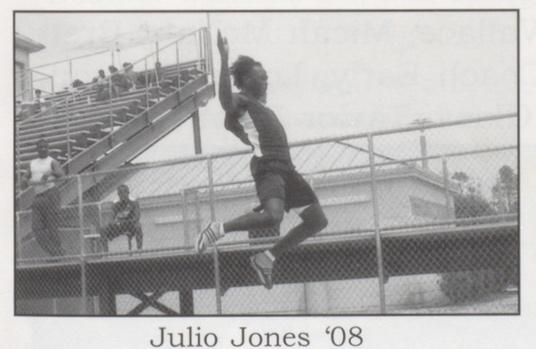 The Atlanta Falcons wide receiver, who is expected make a huge impact in the biggest game of the year,  will likely check into a hotel with an alias, which is routine for professional athletes. It's done for privacy as much as it is for a security precaution.

But Jones knows the drill. He's one of the focal points of the Falcons offense, one that ranked first in the NFL in points scored and second in yards per game over the regular season.

And yet, it won't be the first time the 6-foot-3 and 220-pound four-time Pro Bowler will have to shield himself away from the public.

One of the first times Jones provided an alias was in his junior year of high school, when he was checking into a Baton Rouge, Louisiana, hotel with his track and field coach, D.D. Andersen, ahead of a big meet.

"The attendant was looking right at me and she asks, 'Is Julio here?'" Andersen said. "I had checked [Julio] into the hotel under his given name, Quintorris Lopez, and he was standing right next to me. I said to her, 'Nope.' And we walked away without a hassle."

It's one of the many anecdotes that speaks to the popularity and renown of Jones, who left Foley High School in Foley, Alabama, as a five-star recruit and a University of Alabama signee. Many felt he was destined to star in the NFL, which he did.

But ask any coach at Foley High whether Jones was gifted enough to become a collegiate track and field star, or even a professional athlete in track, and they won't blink. Jones was named Mr. Alabama in track and field and the state's Gatorade Track and Field Athlete of the Year in 2007. 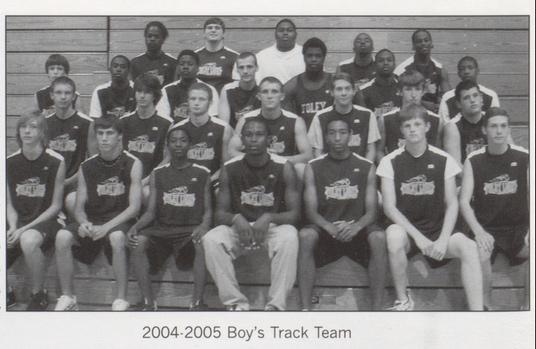 He won three state titles -- one indoor and two outdoor -- in Alabama's 6A classification, its largest enrollment size, in high jump, triple jump and long jump.

His jumping coach, Russ Moore, who remains the principal at Foley, said Jones held career records of 6-8.5 in the high jump, 49 feet in the triple jump and 24-2 in the long jump.

"The first time I ever helped him was in middle school, and he was a natural," Moore said. "I looked at the coach at the time and said, 'Wow.'"

Jones missed almost his entire spring outdoor season preparing for his transition to Alabama as a football player. But an assistant coach persuaded him to attend the state meet, Moore said, and Jones finished second in the long jump (23-1).

"We would work in jumps at practice, and I remember he hit 7-foot once," Moore said. "If we had another season with him, I'm sure we could have gotten even better."

"He was an amazing athlete," Anderson said. "One thing I really remember about him is his leadership. He was the kind of athlete that you could tell to do something and he was going to do it."

But there were often two worlds surrounding Jones: that of a star athlete and the other of a regular high school student wanting to lead a regular life. 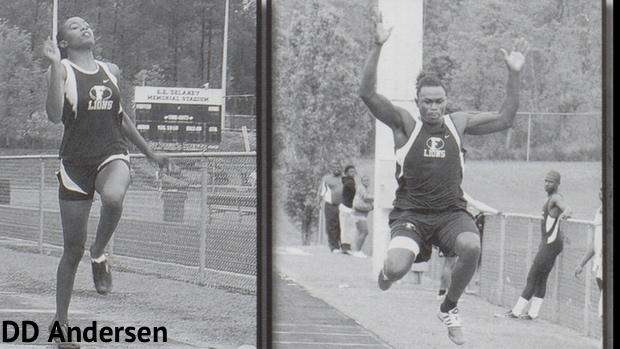 He was often the best in anything he set his mind to, whether it was football, basketball or track.

Yet, had football not been in the picture, Andersen said, she feels Jones could have secured scholarships to some of the best track and field programs in the nation.

She had hoped, secretly, that he would consider Louisiana State University, so he could join the Tigers' famed jumps team. NCAA champion? Olympian?

Speed Test at the Super Bowl:  Who's the Faster Team? The Patriots or Falcons?

Anderson knows Jones had the ability to get there.

"I think his strength was his No. 1 attribute," Anderson said. "The power he had. When he had to jump and catch, or get away from a defender, those were the same skills he was honing on the track, in the high jump or in the long jump. That explosion was everywhere."

Moore said Jones often took competitors to the side at the high jump or long jump pits and tried to impart wisdom to help them get better. He never made his attempts about himself. 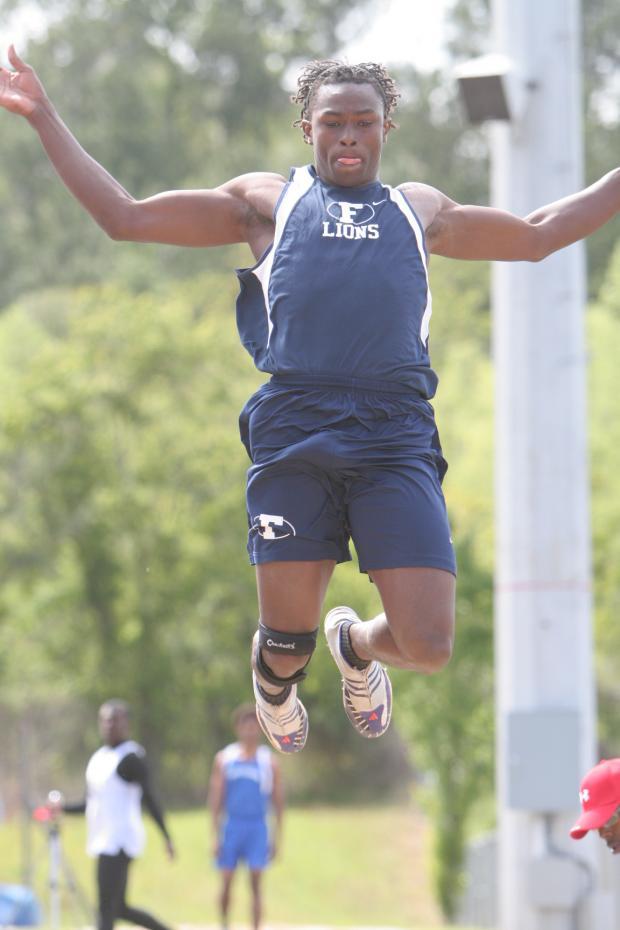 "He never was the guy who slow-clapped before a jump," Moore said. "He often tried to keep the attention off of himself."

Jones was a competitor, though, too.

"By golly, he would try to beat you, but he would be a sportsman," Moore said. "He kept things in perspective. We tried to preach that to him, and the better ones, sometimes they get it. He got it and was ahead of a lot of people."

Andersen was Foley's head coach during Jones' final years with the team. She was often his protector during road meets, too.

When visiting fans would want a glimpse of Jones -- by his senior year, he was the consensus best player in the state, having committed and signed to Alabama -- she would be there to usher him through a hallway or crowd.

She began signing Jones under his given name at hotels and at track meets. It was enough of an alias that no one would notice.

"I wanted to decrease some of the attention he was getting, so he could just focus on the meet," Andersen said."

But an interesting problem began to bloom as a result of that action.

As Jones flourished at track meets, Andersen would often get phone calls from college coaches asking about "Quintorris Lopez Jones." 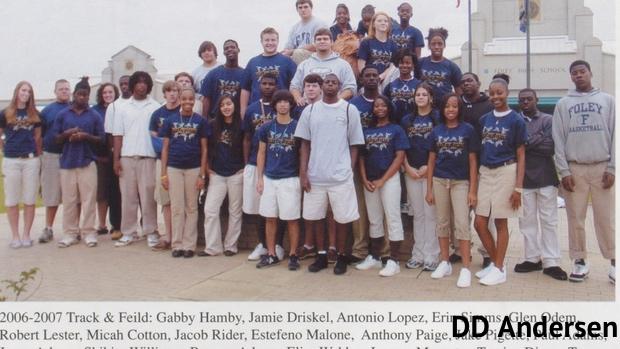 They wanted to figure out more about this athlete with rare athletic ability.

"I got a phone call from a coach from Indiana, and he wanted to talk about Quintorris," Andersen said. "And I kept saying to them during our conversation, 'Julio, Julio, Julio.'

"And finally it gets to the point where he says to me, 'I appreciate the information about Julio, but I want to talk about Quintorris.'

"And maybe that was the light switch, because he was like 'Wait, are we talking about Julio Jones?'" Anderson said. "And I said 'Yes, it's the same person.' And he goes, 'I can't talk to you! The football coach is talking to him.'

"I figured he did that because it might have been a recruiting violation."

But before he got off the phone with Andersen, the coach from Indiana asked one last thing.

"Is he really that good of a football player and track athlete?"

"I said yeah," Anderson said. "…and he plays basketball, too."

To connect with Milesplit Content Producer Cory Mull, follow him on Twitter @bycorymull. Have a story idea? We're all about those. Email him at cory.mull@flosports.tv. To have access to year-round stats, breaking news, stories and videos, register for Milesplit Alabama here.