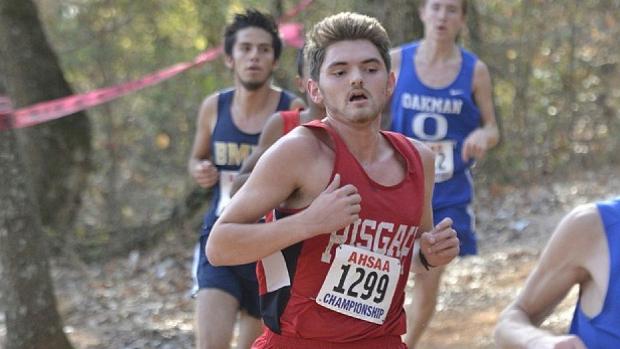 Joey Hawes
Pisgah High School
My most memorable meet was at sectionals this year at Bremen. It was most memorable because this is where I ran my all-time personal record for my high school career. It was also memorable because I beat some of the competition I had been against the entire year, and my team qualified for state.
I faced my biggest competition inside of my team. Sure, the other teams were important to beat, but there was a constant back and forth between some of my teammates and me. We would constantly be competing against each other at practices and races.
Out of all my high school accomplishments, I believe the one that stands out most to me is running cross country and sticking with it. I took pride in running, and enjoyed it as well. I never would have thought I could ever do such a physically and mentally grueling sport as cross country, so when I came out with a personal record of 20:33, I was the proudest I had ever been.
If I could do it all over again, the only thing I would change would be when I started running; I would begin running at a younger age. I wish I had started running as soon as I began high school, that way I could have made the most of it.
Besides the rocks, roots, and sometimes people, the most difficult obstacles that I had to overcome during my career were internal. I had to overcome the constant thoughts that made me want to stop when I needed to keep going. When I felt like falling over, I had to constantly push past my own abilities.
I believe I will miss my team and how close we were the most. To me, my team was like a second family; we did everything together. We shared in suffering, success, and lots of laughs. I wouldn't trade it for the world, and I wish I could have just one more practice with them.
My advice for younger athletes is to always push to do your best. Never take shortcuts, and never take the easy way out. All the hard work you put in will pay off in the long run.
My plan after high school is to attend college at Northeast Alabama Community College, begin to pursue an English degree, and become an English teacher.
I would like to say thank you to Coach Hembree for always pushing me to do my best at practices, races, and life, to my mother for being my number one fan and putting up with early races, and to my team for always keeping me entertained and on my toes.