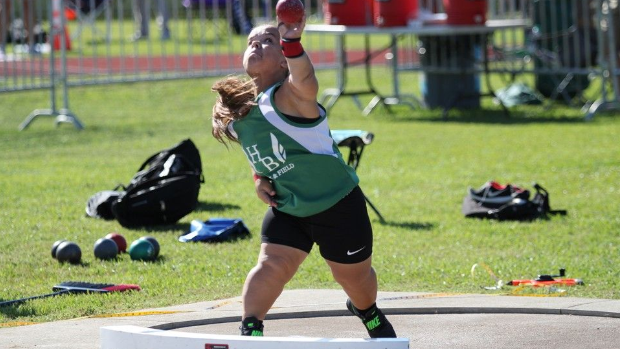 On Wednesday Emily Frederick (Hokes Bluff) signed with Penn State.  On Thursday she was traveling to Charlotte, North Carolina where she will compete in the US Paralympic Trials.  Frederick is a seven time state para-ambulatory track and field champion in the 100m, shot put, discus, and javelin.

Her coach at Penn State, Teri Jordan, said she is extremely excited to have Frederick compete next year.  "Frederick is an athlete we are excited to have coming in to our program.  She is extremely competitive and will have a big compact" Jordan said on a phone call from the Paralympic Trials.  She will be there Friday when Emily competes.

The 2016 U.S. Paralympic Team Trials -- Swimming and Track & Field are being held in Charlotte, North Carolina, June 30 -- July 2, and are hosted by Partners for Parks. Thanks to support from The Coca-Cola Company, BP, and Deloitte, the multi-sport Trials feature more than 400 athletes who are competing for a chance to qualify for the Rio 2016 Paralympic Games. All events are free and open to the public. For more information, visit USParalympics.org/2016TeamTrials.