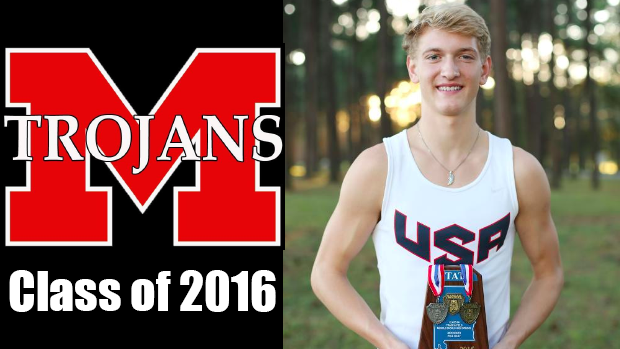 Most memorable meet is this years Decathlon. I set several PR during these two days and set my goal for 6500. I ended up scoring 6501. If I had to list a second it would a tie between last year's Pole Vault win at State and the AAU National Decathlon in Norfolk,Va.
My biggest competition would be at the Decathlons because you are tested in 10 events and each athlete can have several different events that they excel in. Its a competition as much against yourself as it is against the other athletes.
If I could start over I would start running and pole vaulting sooner. I really didn't get started going until my sophomore year.
Obstacles that I have encountered include driving the 2 hours one way to Birmingham each weekend for Pole Vault practice since we didn't have the equipment at school that I could use. Traveling to out of state meets during the summer was hard at times especially when I missed activities with my friends.
I will miss competing against all the track friends that I have made and will miss seeing the younger athletes grow. My advice for the younger athletes is keep working hard toward their goals.
I will be attending Southeast Missouri State University in the fall and will be running track there.
I would like to say a huge thank you to my parents that have supported me and to Coaches Morrow, Tiffin, and Hampton that got me started. Thank you to my team mates that challenged me to work harder.