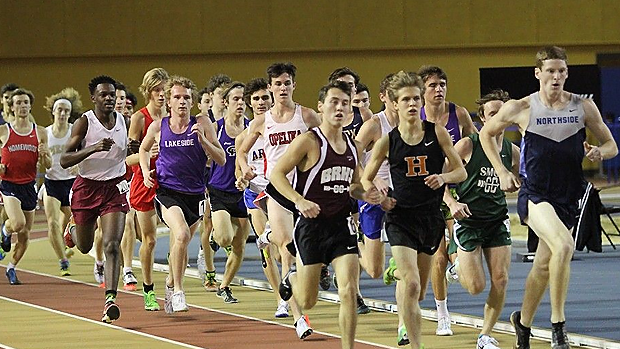 I got an email earlier this week letting me know Dillon had been ruled ineligible for "Championship Play" by the AHSAA because his school had not declared their interest (basically said they were/wanted to/intended to) to compete during the indoor season.  This has to be done prior to the first date of practice.  There can be a possible extension given (with explanation) if applied for prior to the first date of competition.

Turns out the AHSAA is not the villain here and certainly shouldn't be demonized for following the rules.  In all honesty the blame lies on the school for failure to declare.  Why did the school not declare an indoor team?  Who knows.  I feel pretty certain the school is large enough to field a coaching staff for track & field to provide a school sponsor.....after all they compete during the outdoor season.  Dillon himself has a private coach that is certified as a coach by the AHSAA.  He could have served as a representative if the school had only deemed him as such.

So, the college coaches that were planning on being in attendance at the state meet to watch Dean compete will have to measure his merit from the regular indoor season (he compete legally there) or wait until the start of the outdoor season.