McGill Toolen has something to celebrate as they drive home tonight from Hoover High School. Two of their boys broke the all-time Alabama Decathlon record. 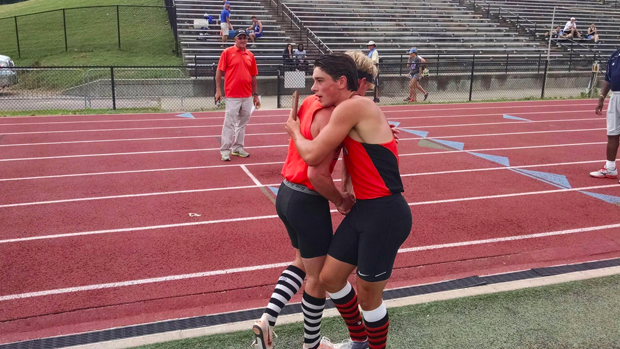 Chris Taylor finished 2nd last year in the state Decathlon but he would not be runner up this year. Taylor was in 3rd after the first day of competition but would truly shine on the second day of events. By the end of the meet Taylor and teammate Sean Collins would break the all-time Decathlon points record set in 2011 held by Coren Crompton (Hewitt-Trussville HS). Taylor finished the 2nd day with a record setting 6160 points with Collins trailing in 2nd with 6103.

Stanhope Elmore's John Waarvik excelled in several events on Day 1 and led the meet at the conclusion of Monday. He finished in 3rd place overall.

Rounding out the top 5 was Ryan Sullivan (Falkville) and Drew Williams (Mountain Brook). 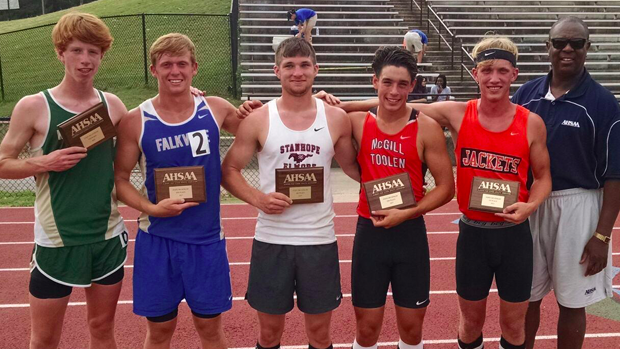 Chris Taylor and Sean Collins have both signed with the University of South Alabama. McGill has become a bit of a pipeline for USA vaulters. 2002 McGill graduate Thomas Fowlkes (All-Time AL #3 PV) and most recently Nick Farrell (2010 - All-Time AL #2) signed and vaulted at South Alabama. Collins is currently All-Time AL #1 and Taylor is All-Time AL #5.