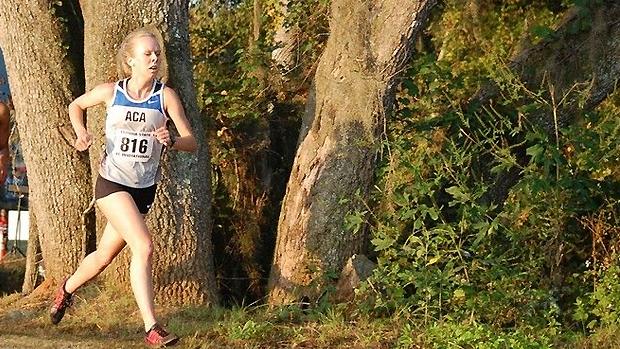 The award, which recognizes not only outstanding athletic excellence, but also high standards of academic achievement and exemplary character demonstrated on and off the racecourse, distinguishes York as Alabama's best high school girls cross country runner. Now a finalist for the prestigious Gatorade National Girls Cross Country Runner of the Year award to be announced in January, York joins an elite alumni association of past state awardwinners in 12 sports, including Ryan Hall (1999-00, 2000-01, Big Bear HS, Calif.), Derek Jeter (1991-92, Kalamazoo

The 5-foot-2 senior won the Class 3A individual state championship with a time of 18:45.63 this past season, leading the Patriots to the state title as a team. Also the two-time returning Co-Runner of the Year as named by the Tuscaloosa Track Club, York finished 117th at the Foot Locker South Regional championships in 19:10. She placed second at the Class 3A state meet in each of the past two seasons and recorded four top-five state meet finishes in her prep career. York has maintained a 3.09 GPA in the classroom. York serves as a highly active and year-round mentor/instructor to distance runners and track athletes within the American Christian Academy athletics program, counseling athletes from elementary-school age through high school.

“Kaitlin is the hardest-working athlete I have been associated with in my 13 years of coaching," said American Christian Academy head coach Charles Tiller. “She strives to be the best and is willing to do what she needs to be competitive." York has verbally committed to an athletic scholarship at the University of Alabama beginning this fall.

The Gatorade Player of the Year program annually recognizes one winner in the District of Columbia and each of the 50 states that sanction high school football, girls volleyball, boys and girls cross country, boys and girls basketball, boys and girls soccer, baseball, softball, and boys and girls track & field, and awards one National Player of the Year in each sport. The selection process is administered by the Gatorade high school sports leadership team in partnership with USA TODAY High School Sports, which work with top sport-specific experts and a media advisory board of accomplished, veteran prep sports journalists to determine the state winners in each sport.