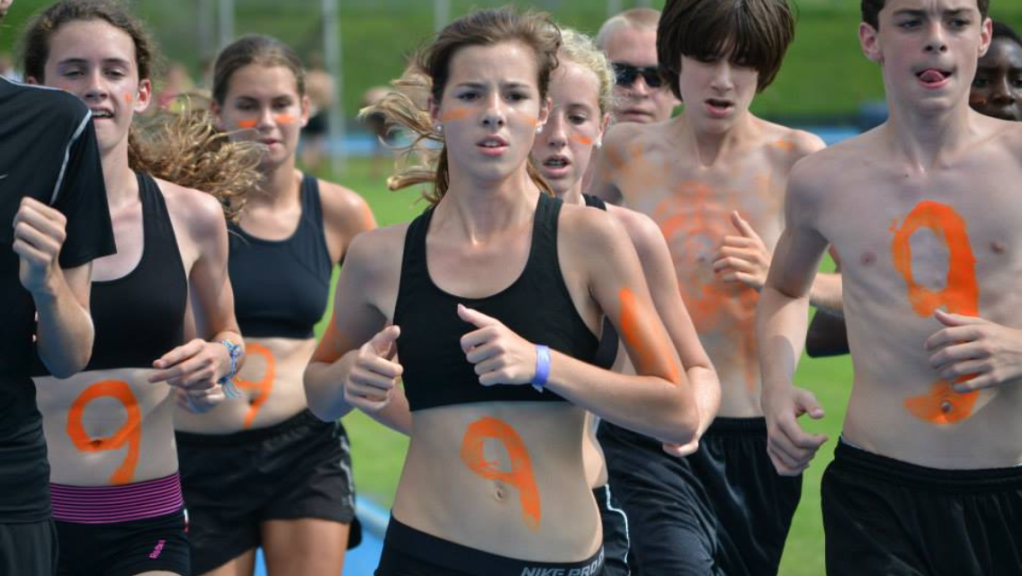 Hello! My name is Jordan Adams. I am a sophomore at Wilson High School in Florence, AL. I have been preparing for the 2013 Cross Country season by doing many workouts & attending two running camps!
My first running camp was a local camp. It was held by Shoals TRAC at Crosspoint Church of Christ in Florence. The camp was a total of 3 weeks from 7am-9am on Monday-Friday. To make the camp more enjoyable, every Friday we received Moon Pies and on the last Friday, we had a Scavenger Hunt. Every day, my group logged in about 6 miles. I had to skip the second week of this camp to attend my second camp.
The second camp I attended this summer was the Smoky Mountain Running Camp sponsored by Nike in Asheville, NC. This was my first time being hundreds of miles away from home for a week. The camp was at the University of NC Asheville. We stayed in dorms on the campus with 3 other roommates. It was hard being that far away from home, but I had a blast! My 3 roommates were: Katelynn Shamblin, Maddison Thyer, and Jessica Link. We all became extremely close friends & two of my roommates, Katelyn and Maddison, are actually from Alabama too! Every day at camp, we had a different speaker, an opportunity to try out all kind of new Nike shoes on our runs, classes of different running categories, a track pacing workout every day, and fun recreation activities. One of the speakers was a top college runner, Matt McCue, autographed my copy of his book ,"Honorable Run", while I was there! My favorite part of camp was the trails. North Carolina has such beautiful trails that carry you over smooth dirt, up hills, near lakes, across wooden bridges and through grassy fields.  While running an extra mile with my group, we had to hurdle a snake that we thought was a stick! After our runs, we hopped in a nearby river for an ice bath. I had never had an ice bath before, so this was something new to me. I fell in love with the whole experience. The recreation activities are another part of camp that I loved. Camp directors and staff hosted a volleyball game against the campers every night of camp at around 6. Other recreation activities were the game room (which was filled with game systems, ping pong tables, pool tables, etc.), the scavenger hunt (At the finals, you had to sing a song from Justin Bieber, Miley Cyrus, or Taylor Swift. We sang “Best of Both Worlds”), battle of the sexes, and the talent show. My most embarrassing moment at camp was when my mother sent me a card and to get the card they made us dance in front of everyone! So, in front of over 300 campers, I had to Bernie to get my card!
On the last day of camp, we were forced to wake up at 5:45 and get on the bus to take on camps’ biggest challenge, Buzzard Bait. Buzzard Bait is a trail that winds nearly 4,000 feet up a mountain. This is not a timed event at all. Your whole goal is to try to tough it out and not walk. Our group chose to do the 3.8 mile climb. Last year, I had a huge struggle with mental toughness and I knew this would be a way to challenge myself. I started off at a slow jog and waited until the rolling hills turned into a never-ending climb after the first mile to pick it up. I made a promise to myself that I wouldn’t walk at all. It was so hard and it felt like it would never be over. I passed up all water stations and didn’t take one sip until I finished. I finally had 150 meters to go until the finish. At the top, other finishers were lined down the trail cheering the runners in. I completed the whole 3.8 mile climb up that treacherous mountain climb without stopping and without taking any water. I know that now I can conquer anything. I thank Buzzard Bait for my mental toughness and when times get hard I remember how I didn’t stop at all because I pushed myself past what I thought I couldn't do. I had so much fun and I will definitely go back again next year. Cross Country isn’t just a sport. You can learn so much more than how to run faster or to beat competitors. By going to these camps, I gained many friends, learned new techniques, explored places I had never been, and fell in love with running all over again. I hope everyone has had a great summer and is ready to lace up their spikes again.
"It's important to remember that each footstrike carries you forward, not backward. And every time you put on your running shoes you are different in some way than you were the day before."
-John "The Penguin" Bingham, Going with the Flow, The Penguin Chronicles Archive
Tweets by AlabamaRunners