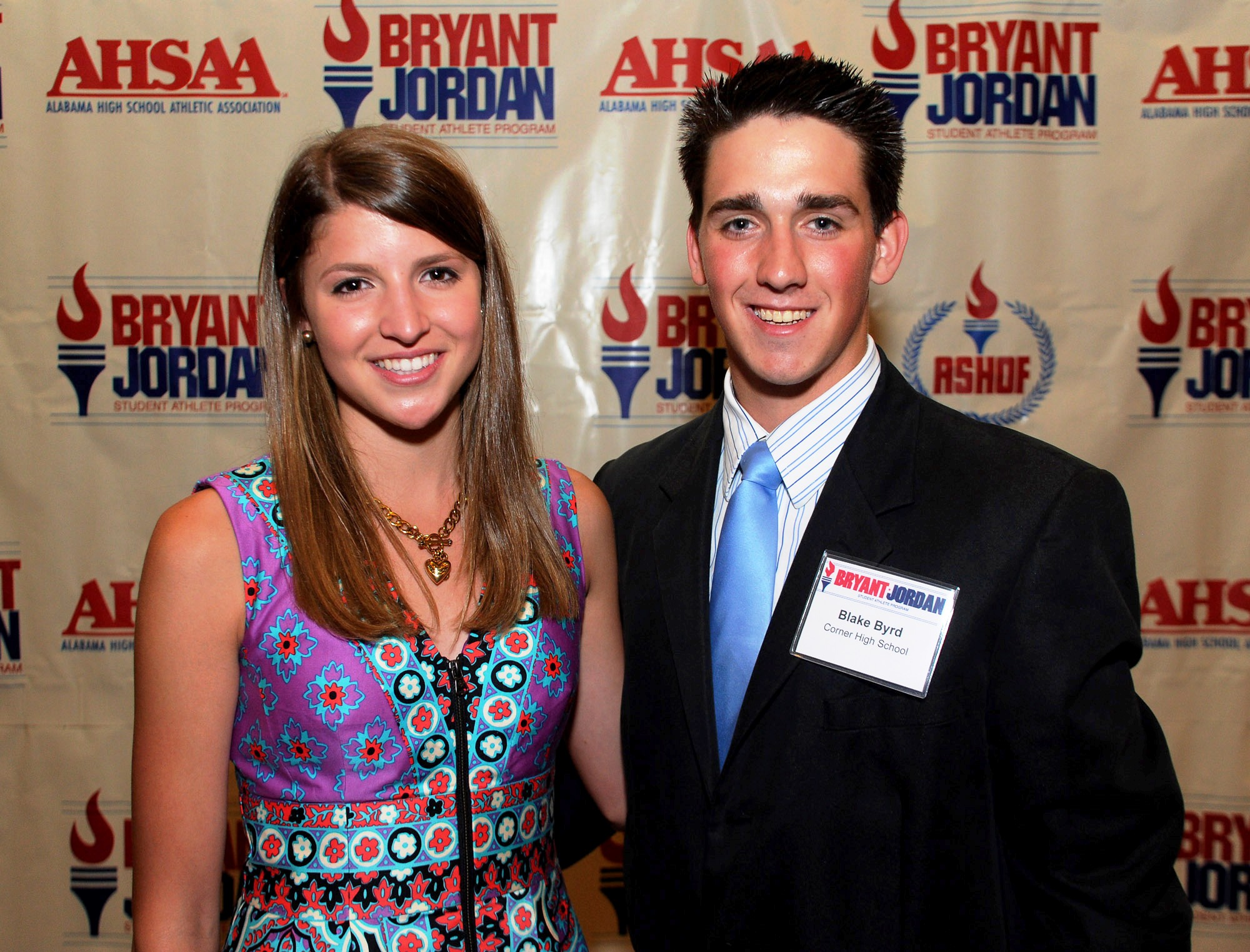 The program, named in honor of the late coaches Paul "Bear" Bryant of Alabama and Ralph "Shug" Jordan of Auburn, recognized 48 regional scholar-athlete winners selected for their excellence in athletics and academics and 48 achievement winners chosen for their ability to overcome major obstacles during their high school careers.

Carlos, who has won 17 individual state track and cross country championships and helped win two other firsts in relay events, is the most decorated distance runner in AHSAA state history. The salutatorian of the McGill-Toolen Class of 2013, she is an AP Scholar of honor with a 4.27 GPA (on a 4.0 scale) and a 33 on her ACT college entrance exam, a member of the National Honor Society, made the President’s List for each quarter, and earned four academic letters.

The Vanderbilt track signee has captured eight championships and added five runner-up finishes in the Class 6A outdoor state track and field championships with her senior season still remaining.  Carlos also serves as president of the McGill-Toolen Student Ambassador Club and is a member of the McGill-Toolen Pro-Life Club, Pride Club and Servants of the Poor Club. She also studies advanced art with private instruction.

Byrd lettered four years in football (quarterback and safety), basketball (guard) and baseball (shortstop, third baseman, outfield and pitcher) during his career at Corner. He has served as team captain in basketball and football and earned the Birmingham News Metro Player of the Week and All-Metro honor during the 2012 season. He was also selected All-Jeffco in basketball and to the Birmingham News All-Metro Baseball Team. He is also active in the Fellowship of Christian Athletes.

He has faced many obstacles, including a dysfunctional family situation early in his life that made it difficult for him to adjust socially.  He has worked hard to improve those social skills as he adjusted to the leadership role athletics thrust his way.

“I love sports,” said Byrd. “I have loved sports from the time I was seven years old. It has allowed me to be around coaches and teachers who have really helped me. This is awesome. I want to thank my coaches, teammates and family. I am not the most perfect kid in the world, but I know if you go to God he will fix everything in your life.”

Carlos said, “Words can’t express how honored I am right now. I am so honored.”  Her coaches described her this way. “She is what every student-athlete should aspire to be.”

Several special scholarships were also presented to some of the regional winners: